started a topic about 1 month ago
If i'm uploading three images, i'd like to be able to choose between "all three in a horizontal row", "all three in a vertical column", "one image in the first row and two next to each other below it", "one image in the first column and two stacked on each other next to it", etc. If tumblr's responsive drag-and-drop system is difficult to implement, maybe a drop-down menu of layout choices would work since 1-4 images has way less possible layouts than 1-9? It would also be wonderful to have an easy option to add blank padding to the sides of a single vertical image (maybe padding size of 20% of the post's width on each side, or set the max height of the image equal to the post's width). Tall skinny images take up so much visual real estate right now, and sometimes that's what you want, but sometimes it isn't! I could edit the pic itself to add white rectangles on the side, but that's time-consuming, inelegant, and more difficult for people who aren't regular users of image editing software. It's possible to do either of these things with CSS, of course, but flexboxes are kinda difficult, especially when you can't just copy paste from most tutorials bc cohost requires in-line styling. So, it would be nice to have *some* built-in options.
11 people like this idea
6 CommentsSorted by Oldest First

said about 1 month ago
I feel like broadly this is kind of no-brainer that I just assume is a matter of time and I feel like holding of from posting certain images because I'd like to have more control on how they're presented. Also I like the idea of optional padding, that I think is not a no-brainer anymore — right now I resort to finding another image I can pair a tall image with if I don't want it to take too much space. I do NOT think it would be remotely a good solution here, but I do appreciate that twitter on desktop makes pictures that are taller than wider to not take the whole width of the post.
Also, regarding inline images it would be cool if there was an option to make lightbox work with them! (and to be able to make them full width on the post) Then we could actually have full control?? I don't know how to code but I've already seen user-made tools that generate picture grids for cohost posts (I haven't tried them yet).
If the way images are displayed were to change in the future to for example include gutters between them, I would absolutely love it if there was a mechanism to control the gutter and bring it back down to 0. When I first got on cohost I was skeptical about the choice for images in post not have any pixel barrier separating them as that makes putting two images next to each other potentially harder. BUT I quickly learned to appreciate that I can post two pages from a comic book next to each other and have them seamlessly display as a spread!! Also it sometimes just plain looks nice with right images and you can work with it to a good effect.

So in general if in the future we get more choice in how to present our images I would love if it was granular enough to still not loose the presentation options we have now!

One more thing about the "padding because image takes too much space". On certain screens posts are really really tiny so if anything like that was ever a thing it would be cool if it was more dynamic… I don't know about building websites but I feel like "max width" wouldn't work either, at least in pixels, because screens have different densities? But I know there must be a way for working with different density screens, I just don't know css so I'm out of my depth here

said about 1 month ago
i like your suggestion for gutter control (maybe choose between no gutter, thin gutter, and wide?) and in-line light box. my reasoning for "set image height equal to post width" as the padding size control is then the vertical image is the same size as if it were horizontal. i use primarily mobile and that seems like a reasonable size to me, but posts *are* so much wider on desktop, and tall images might even be extra annoying in comparison to most posts being shorter bc the text doesn't have to wrap around as much... this would definitely take some experimentation to figure out what looks most reasonable on mobile and desktop. and that's part of why i'd appreciate this being a site feature rather than something you can only do with in-post css - trying to get something to be so responsive to screen size can be quite convoluted or basically impossible using limited in-line css, so someone doing this in-post would probably optimize it for their preferred device and leave the other device looking somewhere between "not what they wanted" and "totally obviously messed up". not to mention my imagined use case is casual phone pic posting which people won't want to have to use even simple css for.
1 person likes this

I must say I accidentally skipped over "set image height equal to post width" part and only remembered the percentage bit while replying! I can see how in your use case this would be helpful (I imagine (9:16 photos from phone for example?)

I also remembered one specific image layout option that would be very useful! I would love it if there was an option for images to not get cropped and instead have height of the row and be able to occupy unequal portions of the row! (would that be call "fit"?) I remembered that when I was looking at two images and thinking about maybe gluing them together at the edge into single wide one and I realized how useful it would be if I could upload two images and have them display like that on their own 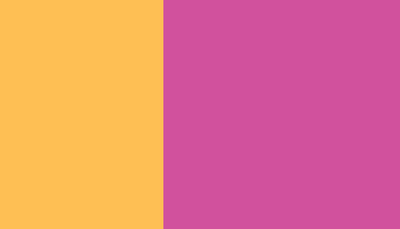 sounding off in agreement here! i am enthusiastically looking forward to different image arrangements. most of my art ends up longer horizontally than it is vertical, and trying to post more than one in a single post can make 'em look pretty gnarly atm haha

an absolute must-have!! been similarly holding off on uploading arts and screenshots and things just because i can't control how they'll be shown off